The deposit is unique because it appears to be the only recorded occurrence of Crocidolite (Blue Asbestos) in a formation of this age. Crocidolite is leached by iron rich minerals and silicified to produce the golden Tiger Eye we see in the stone today.

During its formation, much of the deposit was subject to incredible heat and pressure which has resulted in the bands of the rock being folded.

This combination of colour and pattern is highly regarded and has helped make Tiger Iron one of Australia’s best known semi-precious gemstones. 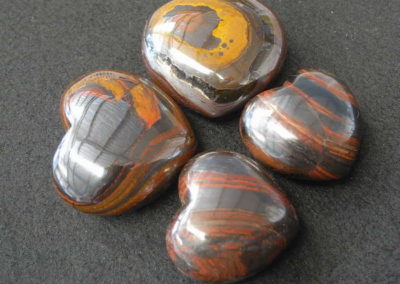 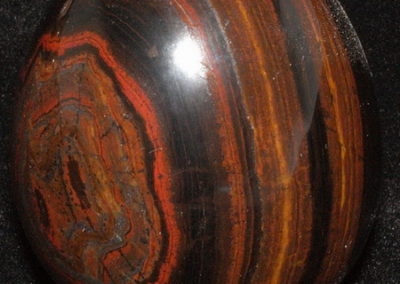 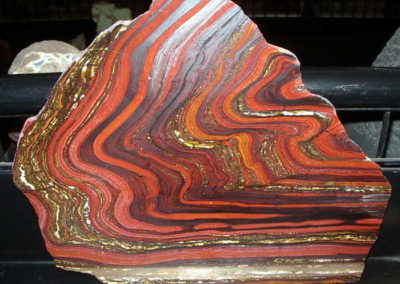 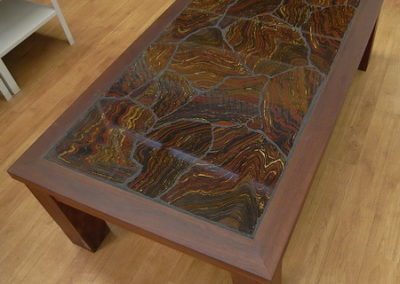 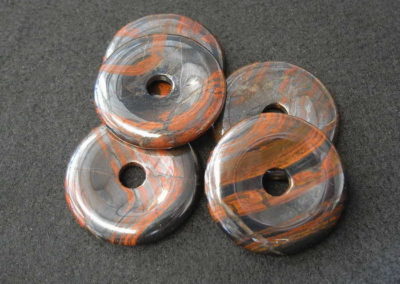 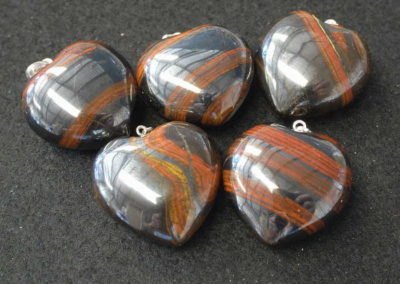 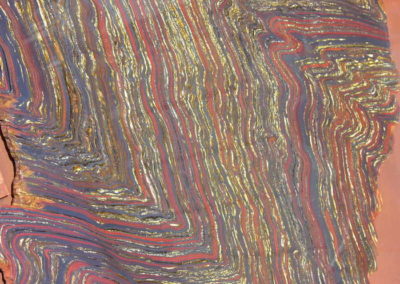 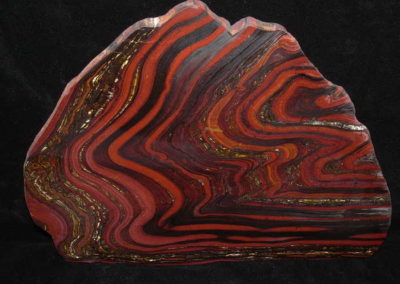 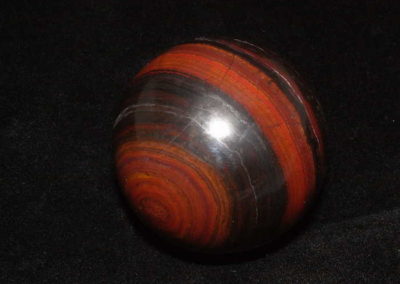 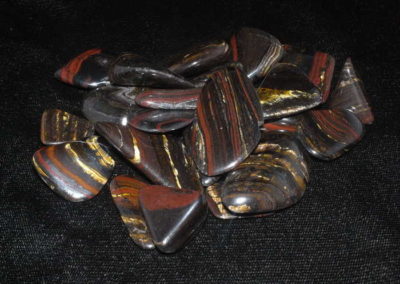 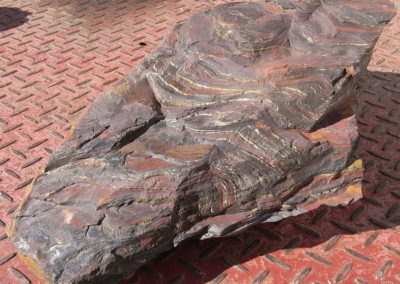 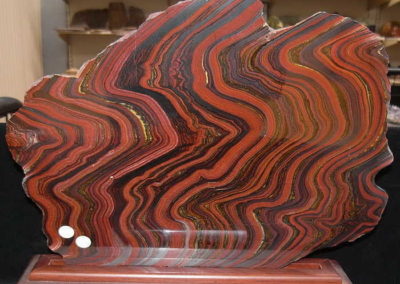